The American people are in a dysfunctional relationship 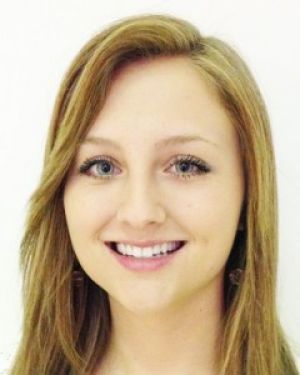 Right now we are still in a relationship with our president, but we all know it is not going to work out. “The approval ratings were so high in the beginning, where did it all go wrong?” we wonder.  So we start to get to know some other people. These are the not-quite-yet candidates, like Hillary Clinton and Chris Christie. They are splashed daily on your TV screen by a speculating media. We start to get a feel for who we like and don’t like early on, and wait around for election season to play the field once more.

In both dating and politics, there are two common responses to this new world of potential. First is the “No really, this time I’ve found the right one!” mentality. The previous relationship was a disappointment and ended pretty badly, but we still swoon when the new ones promise us the world and low taxes.  Like an equally delusional season of “The Bachelor,” we weed out potential presidential candidates until we hand a rose to “the one”. And like nearly every couple of “The Bachelor” and the past couple of presidents we’ve elected, the relationship will go down in flames.

Second, is the “none of the fish in the sea are good enough for me” mentality. These people say things like “All politicians are charlatans” or “I didn’t vote because it would be like picking the lesser of two evils.” If these people could stay single and have no president, they would. Of course that is not practical, but maybe they have a point. It is not good to rebound into another relationship without some reflection time on why the last one didn’t work out. Unfortunately we have a friend who pushes you to go on dates and meet new people when you aren’t ready yet. That friend is the news media. For better or worse, they make sure that reflection time turns into distraction time.

One thing I do not want to imply with the analogy is that we should find the perfect president and then “marry them,” thereby turning into a monarchy with a king or queen. But unfortunately, the media has perpetuated a never ending negative break up cycle in presidential elections. Instead, we should remember that now is not the time to start looking at the next president. We should also remember that the president doesn’t create all of our policy, and inform ourselves about state and local candidates. To choose better leaders the next time around, there should be informed, insightful, national discussion on current issues at hand and how we can best solve them today. Not about whom we will pick to solve them tomorrow.