Do not quit on Eagles yet 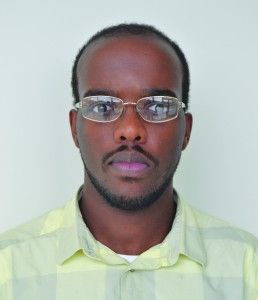 Hampton is a senior journalism major from Chicago, Il. He is the current football editor

A lot of seats opened up on the Georgia Southern University football team’s bandwagon after the team dropped two of its first three conference games, but history says GSU is doing well for a transition year.

The Eagles are 4-2 with a 2-2 Southern Conference record.  That is not bad considering Appalachian State University, which is also moving to the Sun Belt Conference, is struggling with a 1-5 record and only one conference win.

The way App. State’s season is going is actually closer to the rule than the exception.

The year before the University of Massachusetts moved up to the Football Bowl Subdivision, the team went 5-6 and could only manage to go 3-5 in conference.

The University of Connecticut was a laughable 2-9 the year before it bolted for the FBS.

When Boise State University moved up from the Football Championship Division to the FBS the Broncos went 7-4 with a 4-3 Big Sky Conference record.

Fans were writing the Eagles off after the loss to Wofford College, and the statement I heard the most was the team has nothing to play for.

It is a common misconception that teams play with only one goal in mind, winning a championship.  Let’s be honest, only a few teams have a legitimate shot at going to the ship every year and GSU knew coming in that it would not be eligible for the post season.

Going undefeated in their last year in the SoCon would have been the next best thing, but the Eagles had NFL-level talent in the secondary and on the defensive line last season and could not pull that off.

Seniors like quarterback Jerick McKinnon, linebacker Kyle Oehlbeck and defensive end Javon Mention are playing in what could be their last football games if the pros do not come calling, so it is hard to tell those guys that this season does not matter.

So what exactly are the Eagles playing for this season?  What made a team that has 85 players on scholarship, but 28 of them out with injury step out on the field and give maximum effort?

The players are no longer fighting for a championship or an undefeated season, but they are still fighting for each other.