Swope out for season with injury 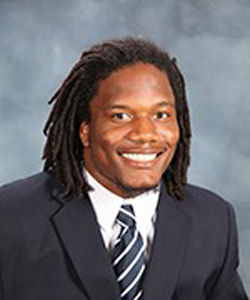 Monken broke the news after the 23-21 victory over the University of Tennessee at Chattanooga.

“He played in the Wofford game with it and we were hoping that we could rehab, give him treatment and get him through the year,” Monken said.  “We had an MRI done and he just wasn’t going to be able to make it through the year.”

With Swope out, players like senior fullback William Banks will have to step up and carry the load.

Banks is more than capable of producing at the B-back position.  He is coming off 86 rushing yards against UTC and is tied for the team lead with four rushing touchdowns this season.

The guys behind Banks include sophomore fullback Nardo Govan, who saw his first ever college football action Saturday, and redshirt freshman fullback Irving Huggins, who has yet to carry the ball in a game for GSU.

Injuries have forced Monken to trust Banks with more of the load at B-back, but senior quarterback Jerick McKinnon’s versatility means he could see more action at running back.

“Those other guys have no experience,” Monken said.  “Irv Huggins has never played in a college game and Cam Lewis is a true freshman so it’s slim pickings.”

The forgotten man on the roster, former starting quarterback Ezayi Youyoute is playing running back in his junior season and could eventually contribute on the field.

He has been dealing with his own injuries this year and did not see any playing time last week.

The Eagles are banged up but still capable of winning football games the best way they know how: on the ground.