A Look Inside Georgia’s Only Forensic Entomology Lab 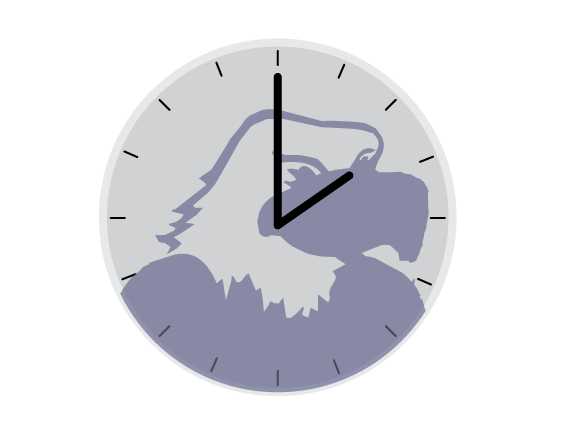 Located in the Biological Sciences on Georgia Southern’s Statesboro campus is the only forensic entomology lab in the state of Georgia.

The first case the lab took came from the Bulloch County Sheriff’s Office. Officers found the remains of an elderly female inside a trailer. They reached out to Georgia Southern to see if anyone on campus with a background in entomology could help with the case.

“There were insects on the body,” Mondor said. “They had no idea how long she had been dead and wanted to know if anyone at the university could do anything like that.”

While Mondor’s background is not in forensics, he has been studying insects since 1994.

Mondor said he knows how to identify insects, but he did not know about the forensic part. So, he contacted a person at Texas A&M who helped him understand how to help with forensics based on entomology knowledge.

“The more I learned talking with law enforcement about forensic entomology, the more it was clear that nobody did this type of work, and they had nowhere to send the specimens,” Mondor said. “They had no one to identify them so that’s when we started really setting up our forensic entomology lab.

Mondor said that the process of setting up the lab was not very different from setting up any other science lab. He said that it was important to make sure the lab had microscopes and all the literature necessary to run the lab in addition to dichotomous keys and anything else one may need to identify the insects.

The entomology lab is shared with a geneticist who is able to help out with the genetic aspect of entomology. This is helpful when insect evidence is present that cannot otherwise be identified, such as cases where the sample is misshapen or there are only pieces of it.

The lab has worked with many different law enforcement agencies since its creation. They sometimes host workshops to help local law enforcement understand what is needed for forensic entomology.

“We do apply every so often for what they call Service Learning Grants where the Provost Office will actually help support the workshops that we do for the law enforcement officers to teach them how to recognize and collect evidence,” Mondor said.

He said that the Provost Office has been really supportive of the lab as well as helping the local law enforcement community with the work that they do.

Mondor has had a lot of students involved in forensic projects over the years, including a student who completed an honors thesis over an actual case.

Junior biology major Jazlyn Brown is currently working on a research project in the entomology lab under the advisement of Dr. Mondor.

She does all her research at GS with Mondor serving as her mentor. Brown said that she is not the first person to do this study but she is the first person in a long time to re-conduct it and get it back up and running.

“In my research, I estimated the time of death of human descendents by collecting Blow Fly data,” Brown said. “Ectotherms like Blow Flies can be used to estimate the time periods that bodies have been laid out.”

Brown has devoted a lot of her time to this research.

“Preparing the traps, I was in here every single day from like 3:45 to like 6 just getting the traps together,” Brown said. “When I actually set them out, it didn’t take long, but the traps had to be set outside for two days, so I would put them out on Friday, and I had to come back on Sunday to re-collect the traps.”

In the lab she has jars of all the flies caught.

Brown said that the experiment has been productive.

“We did collect a lot of flies, and we also collected a lot of unknown insects,” Brown said. “We collected over 1,400 flies total.”

Brown said that forensic entomology is determining what cues the flies use and what their preference is.

She said that forensic entomology is important because it provides a more refined time frame of how bodies have an influence on different species of insects.

“This lab can give insight on what species of insects are around the whole campus, not just one Blow Fly species,” Brown said.

She said that out of the 1,400 flies she caught, there were probably about 200 different species.

“Even with chemistry, you can use that in different studies,” Brown said. “Different flies can attract different diseases so even in chemistry they can put that in a vial and go through and see what that does.”

Brown said that other students should know that even though Blow Flies are disgusting, they hold valuable information that can tell you things about the area around you which is very important to society.

Mondor said having the only forensic entomology lab in Georgia is good for Georgia Southern.

“For students who are interested in things like forensic entomology or forensic science, we can give students direct, hands-on training in how to analyze evidence, how to identify it and also, if anybody is thinking about going to grad school, we can give them first-hand what we actually do,” Mondor said.