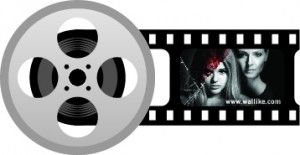 Recently it seems as if movie executives just pull a film title out of a hat at random and see if they can take a perfectly good movie and make it bigger and better by adding in the latest special effects.

Though there have been a few exceptions, like the charming “Ocean’s Eleven” series, most remakes seem to take what viewers love about a film and replace it with a Stepford-esque imitation.

It is easy to see why the Hollywood machine would take a stab at updating the 1976 horror classic “Carrie,” which was originally based on a novel by Stephan King about a teenage girl with telekinetic powers who gets her revenge on her cruel classmates at their prom, for the 2013 audience.

The original “Carrie” was so unique because the main character was also the villain of the story. She was a true antihero that would fit right in with the characters we have been seeing week-to-week on our television screens for the last decade or so, like serial killer Dexter and meth manufacturer Walter White.

Studios have also been clamoring for the next big female-led film ever since “The Hunger Games” made a big splash in the box office last year.

Helmed by Kimberly Pierce (“Boys Don’t Cry”), this reimagining, staring rising star Chloë Moretz (“Kick-Ass”) and Julianne Moore (“The Big Lebowski”), is another film to add to the list of disappointing remakes.

It is hard to tell where exactly this movie goes wrong. There are many promising touches throughout the film but they seem to be dragged down by poor direction and writing which leaves the moving feeling cheap and uninspired.

The updated special effects allowed Carrie’s powers to be much more impressive, but the action at the end is somehow less suspenseful than the original and not at all frightening.

Julianne Moore, who has a knack for elevating any film she is in, gives a strong performance as Carrie’s disturbed mother, but pulls most of the weight in the movie, clearly outshining her young costar.

It may stem from the fact that the beautiful Moretz isn’t as believable in the role as original star Sissy Spacek. Spacek’s wide-eyed stare made Carrie seem simultaneously frightened and unhinged.  Moretz, who has made a name for herself playing confident and wise-beyond-their-years characters, struggles to play such an awkward and tormented character.

The biggest problem may be that some aspects of the original just don’t hold up in our society anymore. Most of the scenes are very similar to the original, possibly too similar, with the biggest difference is the added angle of the cyberbullying in our now technology-obsessed culture. Though they make an effort by including technology, the never explain why Carrie, who has been going to public school since the sixth grade, is so unaware of things that should be a part of the everyday teenage girl’s life.

Pierce also chose to spend the middle of the film focusing on the characters getting ready for the prom, complete with an upbeat soundtrack and cheesy slow motion scenes, which made the movie feel like any other teen movie and not a horror classic.

This “Carrie” remake is proof that movie studios either need to choose more carefully when updating classics or go with a team that is more willing to build upon those classics rather than just poorly imitate them.