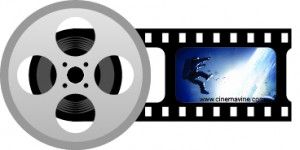 Though only a few people have been able to explore the galaxy in real life, space is not an unfamiliar location in the world of film.

Animated, historical or sci-fi adventure, the final frontier has been the subject of a large variety of movies, but audiences can experience space like never before with Alfonso Cuarón’s newest feature film, “Gravity.”

Cuarón (“Children of Men”) only has a few films in his repertoire and has a reputation for being a bit unorthodox with his filmmaking, and he really pushed boundaries with this stunning film.

He took America’s most beloved actors, Sandra Bullock (“The Blind Side”) and George Clooney (“Ocean’s Eleven”) and put them alone on screen as an engineer and an astronaut who become stranded in space after their shuttle is hit by debris.

As the two main characters struggle to survive, viewers are taken on a magical joy ride through the breathtaking views of space.

His expert use of the latest in technology and CGI leads makes the film look incredibly real. There are moments when it feels as if you are swimming in the black abyss with Clooney and Bullock and other shots where it looks straight from a documentary.

At just 90 minutes, “Gravity” moves along quickly and intensely. It is thrilling to watch but also surprisingly moving.

Cuarón owes much of the films success to its leading lady, Bullock, who is on screen for the entire length of the film, most of which she spends alone. There is not much dialogue, and with only a few characters the film could have easily felt dull and tedious, but she helps bring passion to a role that could have been completely overshadowed by the special effects.

Clooney is charismatic as always and adds a much needed warmth to the screen. Cuarón knew what he was doing when he put these incredibly likeable and talented actors in the film.

With “Gravity,” Cuarón has truly emerged as one of the most exciting and talented directors in Hollywood. “Gravity” is extremely satisfying and entertaining and is sure to be a game changer for space movies.