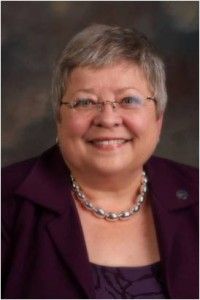 The hiring of a permanent dean for a college is a process that Georgia Southern University has become familiar with in recent years.

In the past three to four years, GSU has seen each of its colleges go through a search for a new dean and have an interim dean in place with two more still awaiting a permanent placement.

The provost and the president will gain input from the faculty of each college on how to go about the search for the new position.

“There are a lot of details to get from the faculty: Do we do a national search? Do we hire a search firm? How would they like to see that go?” Brooks Keel, Ph.D., university president, said.

A search firm may not be hired if the university feels that it can advertise the position well enough on its own.

A search committee is formed and headed by a dean from another college selected by Bartels and then the rest of the committee is made up of faculty and students within that college, Bartels said.

“If we have a number of departments in a college I would want somebody representing each of those departments to sit on the search team,” Bartels said.

The search committee narrows down the candidates to about three, who are then invited to campus to be interviewed in greater depth and so the candidates can interact with constituents of departments that the individual would come in contact with regularly.

“The individuals who are coming to campus to be interviewed also do presentations to students or to their colleagues that they’d be working with on the kind of work that they have done in particular,” Bartels said.

There is also the decision to bypass the search and elect for a direct appointment, which is uncommon.

GSU has seen many internal candidates hired for the permanent positions as well in multiple departments, most recently with Curtis Ricker, Ph.D., being promoted from interim dean to permanent dean of the College of Liberal Arts and Social Sciences.

“It’s rarer for an internal candidate to be nominated up from his faculty like Dr. Ricker was. That doesn’t happen quite as often. It’s not uncommon to see an interim wind up in a candidate pool and be chosen as well,” Bartels said.

Hiring deans happens so infrequently however that it is hard to give a decent average, Bartels said.

There are pros and cons to hiring internal candidates as opposed to external and it usually depends on what the college’s situation is.

An internal candidate will have a good sense of the college’s direction, a good working relationship with faculty, while also meeting the qualifications needed, Bartels said. Whereas an external candidate brings a fresh new look at where the college is and may help move it in a different direction based on the candidate’s background, however that individual’s vision may be incompatible with the university’s, Bartels said.

College of Business and Administration hired its permanent dean, through a national search, at the beginning of the semester, Allen Amason, Ph.D.

“All the deans are critical, but those two [CLASS and COSM] are probably the most critical because of the sheer number of students they touch,” Keel said.

Bartels said, “These are always processes that involve much input from both faculty and students as well because it is an important role for a person to take in terms of the health and life and direction of the college.”