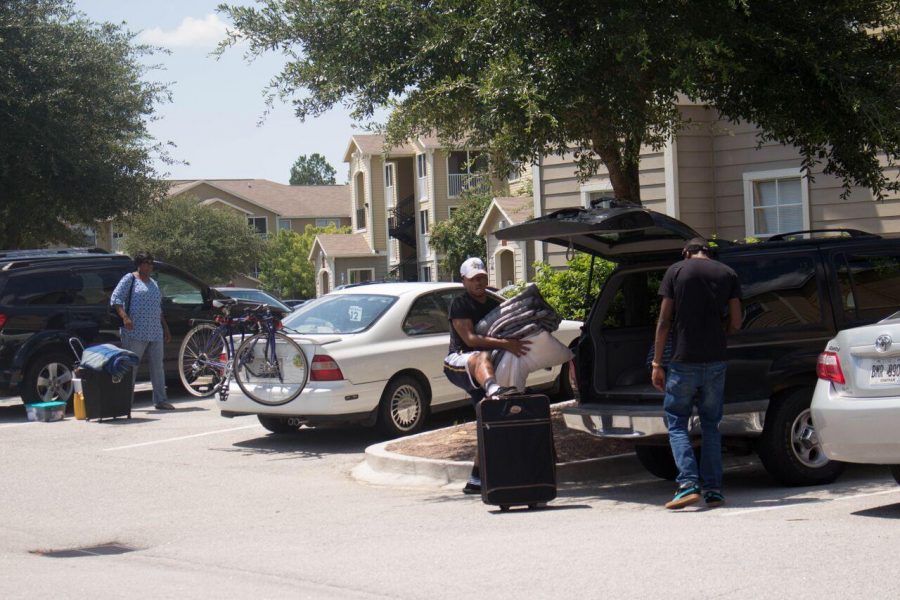 Thomas Buckhoff, associate professor of accounting, moved to Statesboro in 2004 to help develop a Forensic Accounting Program at Georgia Southern.

Buckhoff was born in Maryland but lived in many different states growing up. He went to middle and high school in Tupelo, Mississippi. He then attended Itawamba Junior College for two years as a pre-med student.

Buckhoff earned a Bachelor of Science in Accountancy  and a Masters of Accountancy at Brigham Young University (BYU).

After his first two years at the junior college, Buckhoff decided to serve on a two year mission trip for his church in Montevideo, Uruguay.

“It was a very enlightening experience and one life lesson that I learned from that is that money doesn’t buy happiness. Our standard of living here in the US, we take for granted. The people there had nothing, and yet they were happy and here we have all these modern conveniences and things and they don’t even have carpet on the floor.”

After finishing the mission, Buckhoff decided to enroll at BYU, a private university in Provo, Utah, where he decided to major in Accounting.

“When I was in my Masters of Accounting program at BYU I had a professor, and I won’t say his name, we’ll call him Dr. Brown,” Buckhoff said. “It was an internal auditing class and it had to have been the worst class I ever took in my entire college career.”

Buckhoff said that they were given an assignment in the class where they had to complete twenty hours of internal audit work and then write a paper explaining what they had learned.

Buckhoff and the other students of the class thought the assignment was ridiculous.

“I thought ‘I know it sounds ridiculous, but I’m just gonna do it,” Buckhoff said.

He then did research and found the state auditor’s office for the state of Utah. He found out that the office does internal audit work so he drove fifty miles north of his university campus to ask if he could work there for the twenty hours needed for the assignment.

Buckhoff explained his assignment to the receptionist and was able to work in the office helping out with a big case they were working on.

“It turns out the audit they were working on was Tempanogos Mental Health Center where the top 3 executives had embezzled 3.5 million dollars from the place over a three year period,” Buckhoff said. “So they were investigating that, and I was fascinated with it.”

Buckhoff said that forensic accountants examine books and records just like regular accountants do, but for a different purpose.

“You’re examining the books and records of the company for evidence of wrongdoing, bringing someone to justice, righting a wrong. You’re doing a lot of the same things but the reason you’re doing it is different, and I found it fascinating.”

Buckhoff said that he learned an important lesson from his experience working on the assignment.

Buckhoff learned a lesson from the assignment. He said that the other 39 students in his internal audit class probably thought that the class was the worst class of their entire college career.

“However, I’ll admit that Dr. Brown was awful, but that class actually the most influential class on my career path. Because had I not done his ridiculous assignment, I probably wouldn’t have pursued forensic accounting.”

Buckhoff took his first job as an Assistant Professor at University of Southern Maine in Portland, Maine. He and his family later moved to Fargo, North Dakota where he worked at North Dakota State University where he helped develop a fraud examination and forensic accounting program.

Buckhoff left academia for a year to work for Eide Bailly, LLP in the Fraudwise Division.

In 2004, Buckhoff began working at Georgia Southern and has been here since.

Buckhoff said he loves Georgia Southern and the beautiful campus we have.

Buckhoff derives personal and professional satisfaction from having students, including former students, contact him when facing a dilemma. He also said he enjoys seeing his former students succeed on their career paths.

In 2016 Buckhoff was recognized  as Educator of the Year by the Association of Certified Fraud Examiners (ACFE).

Even with his academic and professional achievements, Buckhoff said his greatest accomplishment is raising a family of six kids with his wife Cyndi.