‘Captain Phillips’ familiar but not predictable 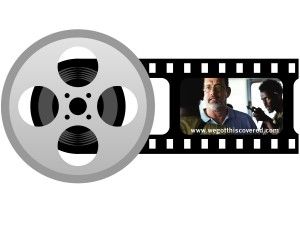 Tom Hanks along with a no-name cast and director Paul Greengrass  (“The Bourne Supremacy”, “The Bourne Ultimatum”, “United 93”) work together brilliantly in “Captain Phillips” to create a movie that goes above and beyond the average action thriller.

Based on the Maersk Alabama hijacking in 2009, “Captain Phillips” emotionally draws in its audience through its realism and sense of desperation surrounding all those involved.

Hanks (“Forest Gump”, “The Da Vinci Code”) plays a slightly uptight yet honorable captain of a cargo ship that is destined to end up in Kenya to deliver supplies. But its route leads the crew around the horn of Africa, specifically near the pirate-filled waters of Somalia.

One thing that makes this heroic captain movie different from others is that as it opens, screenwriter Billy Ray (“Shattered Glass”) makes sure to show the audience not only what Phillips’ everyday routine is like before he sets out on his journey, but also shows the poverty and desperation that surrounds the Somali pirates in their everyday lives.

After the few defense efforts and emergency calls that the cargo ships put out, the pirates fail. Armed and high on Khat, a shrub that is chewed and leaves its users temporarily feeling euphoric with an increased sense of alertness but afterward leads to irritability and depression, the pirates gain access to the ship surprisingly easy.

The band of four disheveled Somali pirates are led by a smart and headstrong leader who is determined to lose everything in order to successfully pull of a major cargo hijacking, which he and his team believe will lead to a pay day of millions.

“Captain Phillips” is refreshingly realistic and leaves audiences emotionally on the edge of their seats as the drama increases, and the question begins to loom, “Will anyone get out alive?”