GSU looks to snap the streak 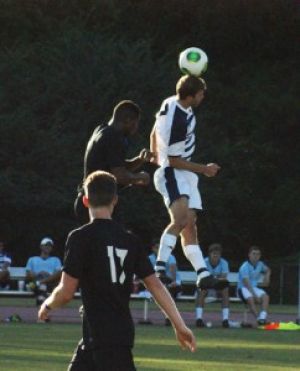 In a season with more downs than ups, Georgia Southern University men’s soccer team will take on one of its toughest opponents of the season as it plays Elon University tonight.

The Eagles are coming off a loss at home to Georgia State University by a score of 2-1. GSU is currently on a three-game losing streak, and during this streak it has been outscored 7-2.

The Phoenix on the other hand are 9-2-1 and coming off an in-conference loss to Wofford College by a tally of 2-1.

Elon has had success at home this year as it has gone 4-1 and outscored opponents by a 6-2 margin.

On the flip side, GSU has struggled away from Eagle Field going 2-3 despite outscoring opponents by a 5-4 goal total.

The Phoenix has bested the Eagles as of late, winning six of the last eight matchups with the most recent matchup being in the Southern Conference semifinals last season, which resulted in a 1-0 win for Elon.

In the two games against the Eagles last season, Waterman was able to score two of the team’s five total goals, while Wescoe added a goal of his own and one assist in route to the Phoenix sweeping GSU last season.

For the Eagles, senior forward Witt Carlisle has provided the scoring spark for GSU as he leads the team with four goals and two assists. Last season, Carlisle scored against the Phoenix in a 4-3 Eagle loss.

GSU will have a challenge on its hands as Elon has only given up nine goals this season, which averages out to 0.75 goals per game. GSU is struggling offensively as it scores a meager 1.18 goals a game.

GSU will take on Elon on the road at 7 p.m. in a SoCon matchup.