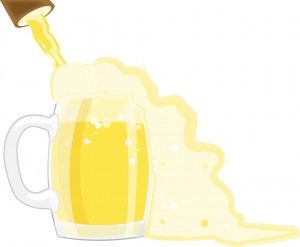 Georgia is one of 47 states with a law in effect that prohibits the sale of alcohol to intoxicated persons (SIP laws), otherwise known as over-serving.

The state of Georgia also has a law that protects an injured third party if the injuries, death or damages are caused by the intoxication of a person that was over-served.

The Georgia Dram Shop Act states that the injured person can take legal action against the dram shop (business) if the server gave the intoxicated person alcohol knowing that person was noticeably intoxicated or soon to be driving.

Bartenders around Statesboro must stay aware of how much alcohol they serve each customer in order to prevent over-serving.

“I’m not putting my job and my life on the line for someone else’s dumb mistakes,” Dustin Grace, bartender at Gnats Landing, said. “I’m going to make sure that I don’t over-serve anybody.”

Grace has been bartending for 11 years.

“When I got trained, they had a real extensive program about alcohol awareness,” Grace said. “I’ve taken a few classes about [over-serving] with ServSafe and other things.”

ServSafe is a program sponsored by the National Restaurant Association that provides those in the restaurant industry with food safety training and certification.

The training and certification received by the program is more widely recognized than any other food safety certification, according to the ServSafe website.

Jarrett Edwards, a bartender at Dingus Magee’s with 6.5 years of experience, was also trained by ServSafe to best determine when to stop serving a customer.

“We had to take a couple of courses and they let us know that [the customer] had to be coherent, slurring is very bad,” Edwards said. “If they cant finish their sentences, that’s when we stop serving them.”

Dennis Reddick, a bartender at Loco’s Grill and Pub, who started bartending five years ago, also believes it is his responsibility as a bartender to moderate alcohol intake.

“I can stop serving anyone anytime I want to,” Reddick said. “It’s a judgment call you have to make as a server.”

“When you don’t know someone personally it’s harder to tell when they’ve had too much to drink, so you don’t know if you are actually over-serving them,” Elisha Ator, bartender at Millhouse Steakhouse with 3.5 years of experience, said.

Even during extremely busy days, bartenders stay aware of the SIP laws.

“Sometimes it’s harder to monitor on game days because there are a lot more people in and out,” Edwards said. “That’s when we have door guys that walk around and it’s up to them to check and make sure that everything is going like it’s supposed to and nobody is doing anything wrong.”