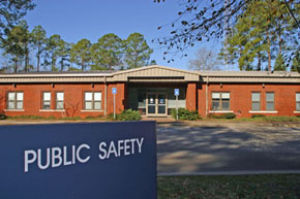 An Eagle Alert and Campus Alert were sent out to Georgia Southern University students around midnight Saturday regarding two separate off-campus armed robberies.

Chief Michael Russell, director of Public Safety, was unable to comment on the case because it falls under the Statesboro Police Department’s (SPD) jurisdiction.

“(University Police) respond because a lot of times they’re in apartment complexes that are close by, it’s very near campus so we’re going to try to keep the students aware,” Russell said.

Students did not receive the Campus Alert directly after the incident occurred because the information was received at a later time from the SPD.

“They don’t normally call us immediately,” Russell said.  “They’ve got priorities that they’ve got to do.”

The crime in the Campus Alert was described as an armed robbery, taking place at The Avenue at Southern apartments with the suspects being three black males and one black female.

The Eagle Alert was sent about 10 minutes after the Campus Alert and was also for an armed robbery.

The robbery was of a pedestrian walking on Chandler Road near The Cove at Southern apartments by suspects described as four black males in a white Escalade.

The Eagle Alert was sent out quickly because the information was available on the robbery and students could have possibly been in immediate danger, Russell said.

There are certain rules that Public Safety follows when sending out Eagle Alerts.

“You go by the campus itself or public property that is adjoining, so an adjoining sidewalk was close enough,” Russell said. “But the other one, if given in a timely manner, we may have sent one out for that one as well.”

Russell was unable to comment as to if the two events were a coincidence or committed by the same people due to the incidents falling under the jurisdiction of the SPD.