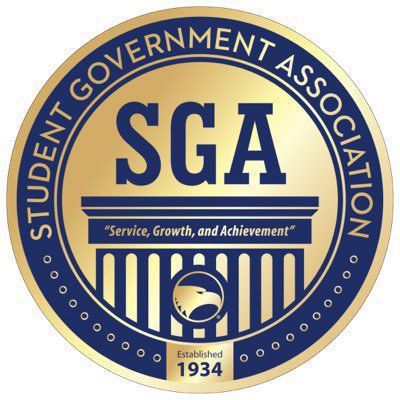 More information is still being looked at with the college of graduate studies on this project.

STATESBORO —The Student Government Association had an unmoderated caucus with the executive board to discuss the productivity of the senate and senator projects at the weekly meeting Wednesday night.

Each senator is mandated to come up with a senator project with SGA to provide support to Georgia Southern students around the university.

Discussions at the meeting lasted 30 minutes with new ideas being brought up by the senators and executives.

“One possible avenue we are going to do might be being a graduate for a day,” college of engineering and computing senator John Lillliston said. “It is this program that we actually would actually be reviving and it’s been taken place with the college of graduate studies for a while.”

More information is still being looked at with the college of graduate studies on this project.

Lilliston also talked about his concerns with first-year students at the campus and what should be done for them to have a better understanding on their majors.

“I know a lot of freshmen come in and they have no clue what they want to do,” Lilliston said. “They don’t know if they want to be an accountant, a math major but you know what we can save a lot of time. FYE is a time for students, freshmen in particular, to get a grip on what college is supposed to be about. What if there were five sections of FYE and they rotate through one week at a time having students from that section go out and set in on major classes.”

After the meeting, Keyshawn Housey, vice president of student engagement for SGA, talked about how senator projects are made to help aid with students on campus.

“The projects will benefit the students whether it be handing out scantrons every exam week or a project I did last year where I collaborated with another senator and we need a town hall and that’s the purpose of these senator project,” Housey said. “Serving the students is what we want to do and it impacts in different ways vs going up to the deal or college chair and negotiate that way. Doing it this way leaves it more free and allows for more creativity.”