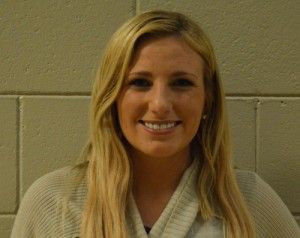 McCann is a senior international studies major. She is the Arts and Entertainment chief.

For those of us who have only been to the Performing Arts Center because we had to for a class, never been downtown to the Averitt Arts Center or still haven’t watched our fellow peers at the Black Box, the options are endless.

Averitt Arts Center for the Arts

The Averitt Arts Center is nestled in the heart of downtown Statesboro and puts on a variety of events and performances throughout the year.

“We have more town-and-gown events, and with the subject material I think students really enjoy it. We got a lot of students down here, volunteering, performing, all kinds of things,” Tim Chapman, the Averitt Art Center director, said.

The Averitt aims to foster and maintain the arts community and serve as an icon in Statesboro historic downtown. Upcoming shows include “Count Dracula”, “Rocky Horror Picture Show”, a Thriller Dance Event and “The Nutcracker.”

The cult classic, “The Rocky Horror Picture Show” is famously known for its audience interaction.

“This is our fifth year, it’s usually a lot of fun. Our production is that we have live actors performing while we are showing the film,” Chapman said.

The Thriller Dance Event occurs at the end of the Scare on the Square festival and dancers practice the routine prior to the event. It is a street performance where zombies will come out of the crowd as well as the Center’s version of Michael Jackson and do the thriller dance down East Main Street.

“Last year over 5,000 people came to watch, people really dig it. It’s a lot of fun and for college students that are broke and poor it’s a great way to spend the night,” Chapman said.

The PAC is GSU’s state-of-the-art performance venue that brings world-class performing arts, dance and music to both students and the community.

“I think people should take advantage of the shows. They are professional shows brought for Georgia Southern and it’s only ten dollars for a ticket, which is a great deal. The PAC isn’t a big deal, but it should be. Our director typically pulls in shows we’ve never had before,” Jennifer Zellner, PAC student employee and senior child and family development major, said.

The PAC is utilized from various departments on campus and provides unique opportunities for students to see things they may not have.

“Students tend to come for extra credit but end up really loving the show,” Zellner said.

“I was a dancer for ten years so I’m really excited about the Hungarian State Folk ensemble and the Moscow Ballet putting on ‘Cinderella’,” Zellner said.

“I don’t think a lot of people know about Black Box, it’s like a big secret on campus but students should know how great of an opportunity it is,” Zellner said.

Upcoming performances include “Flyin’ West”, a story about four women who struggle through the impacts of slavery.