Gun limitation is not the answer to gun violence 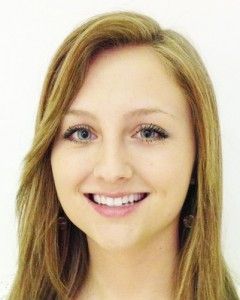 Walker is a senior sociology major from Brunswick, Ga. She is an officer in the Green Ambassadors

Last Sunday, President Obama spoke at a memorial for the mourners of the victims of the Navy Yard shooting. His speech found timeliness not only in the Navy Yard shooting, but also in Chicago’s Sept. 20 gang-related shooting that wounded 13 people. President Obama posed the question “Once more our hearts are broken. Once more we ask, why?” President Obama’s answer as to “why” was unsurprising – a lack of gun regulation. Rather than addressing the numerous factors at play, Obama perpetuates a fear of guns so visceral it distracts from the underlying cracks in society. Cracks that eventually lead to events like the ones in Washington, Newtown, Aurora, Tucson or the staggering gun deaths in his own hometown of Chicago.

A second, often-neglected factor is the lack of opportunity for the low-income community. In a recent speech at the Congressional Black Caucus Foundation’s annual awards dinner, President Obama spoke extensively about the declining opportunities for upward mobility in America and how it feeds gang culture and violence. So I’ll give him credit for mentioning it. But I have yet to see how Obama or our ineffectual Congress have actually addressed this issue and improved it.

Lastly, we must look at the amount of ammunition individuals can purchase. Some public officials and congress members have proposed 15 rounds, and I believe this is a reasonable amount to defend yourself and your family or take down a shooter in a public place. Before you play the Second Amendment card, remember that it says a right to bear arms against the government. The government’s military capabilities already far outweigh any guns you could ever buy legally.

To curb gun violence and save lives, just limiting guns or ammo is not the answer. The answer cannot be so one dimensional; it will have to be a multi-pronged approach that understands the need for improved mental health treatment, increased opportunities for the low-income community and reasonable limits on rounds.