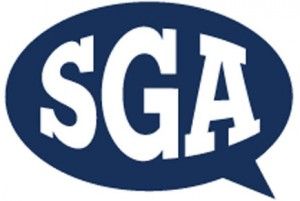 Student Government Association (SGA) at Georgia Southern University hosted the inaugural State of the University Address yesterday where the President’s cabinet and SGA members updated the student body on current and upcoming events.

The State of the University Address gives students an opportunity to hear from the executives of our university and provides students important information, Garrett Green, SGA president, said.

The new Health Center will cost 10 million dollars and will be located across the street from the Performing Arts Center, Keel said.

A new Military Science building is expected to give our ROTC program a proper place to train, Keel said.

Chancellor Huckaby will determine GSU’s next step in renovating either the old biology building or the Forest Drive building, Keel, said.

“We are beginning to solicit input for our spring concert,” Thompson said.

The Office of Student Affairs and Enrollment Management plans to host a Spring Concert in spring 2014 and wants students to have a voice in choosing the performer, according to Thompson.

“I appreciate the fact that students care so much about the events going on at their university,” Thompson said.

“We think this is a very good program for our university,” Whitaker said.

Patrice Buckner Jackson, Dean of Students, challenges the student body to stay aware of campus events and take actions towards their passions now while they are students at GSU.

“You can use your time here at Georgia Southern University to propel yourself into the greatest future you can ever imagine, but it is a choice,” Buckner said.