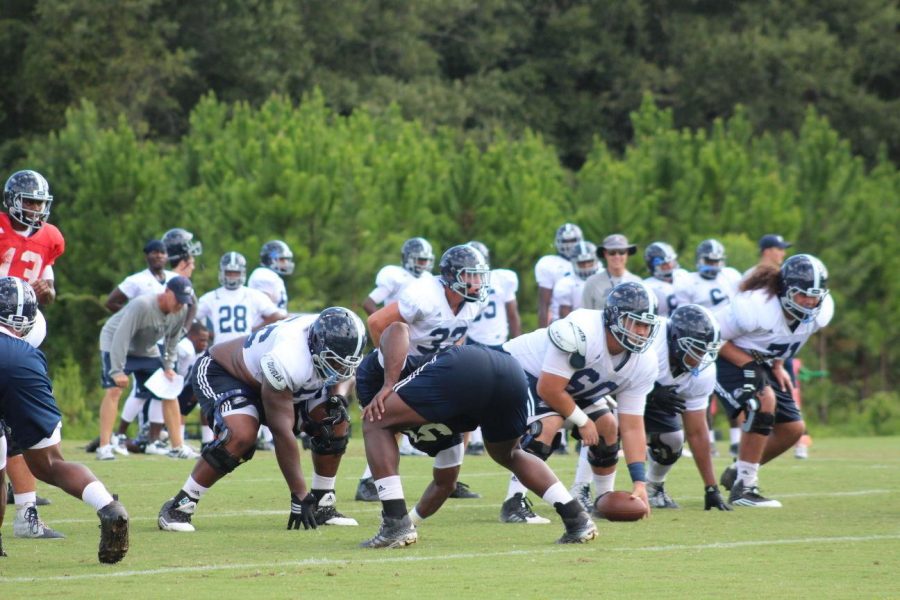 Arabic Club of Georgia Southern is a student-led organization that aims to promote Arabic culture around campus and throughout Statesboro.

“I think that the Arabic club is important, especially on this campus, because it allows people to directly interact with a culture that they might not ever get to interact with,” said Vice President of the Arabic Club Hannah Johnston, who is also a senior international studies and Arabic major. “And you get to learn some things about people that you may not get to talk to every day in south Georgia.”

Arabic Club is also important to Arab students on campus.

“One of the unique things about this club, I think, is that people of Arab descent and background didn’t know that there was anything like that at their university,” Johnston said. “Especially being so small and being in south Georgia. They were able to get a taste of home and that was really special.”

Johnston said that sharing knowledge of different people and perspectives is an important opportunity that the club offers.

“We’re able to bring that Arabic culture into different events and reach a great number of people… and just get them to interact with the culture,” said Johnston.

The club also hosts a variety of events around campus and in the community. Many of the events are relaxed and don’t require a lot of memorization or formal learning but focuses on the overall experience.

“We have Arabic coffee hour where you get to drink coffee and learn about a new country,” said Johnston. “We do community events where you can come and goof off and hang out with us while learning and in a way that I think is really special because it’s not structured.”

Johnston said that students should try to attend the events hosted to meet new people and learn new things that they may not otherwise be exposed to.

“It is really a unique opportunity for people,” Johnston said.

Anyone can join the Arabic club  as long as you’re a Georgia Southern student.

Everyone is welcome to the events that the Arabic Club hosts every semester. They have hosted events like film screenings and movie discussion nights.

Johnston said these events are a great way to unwind after a busy day.

“Definitely come out to one of our events,” Johnston said. “It’s a great way to be involved. There are no requirements. If you’re shy and just want to hang out in the back, that’s totally cool. If you want to get very involved we love new people.”

Arabic Club hosts its weekly meeting on Fridays at 1:30 p.m. in the Interdisciplinary Arts Building on Georgia Southern’s Statesboro cam