Comedy trilogy goes out with a bang 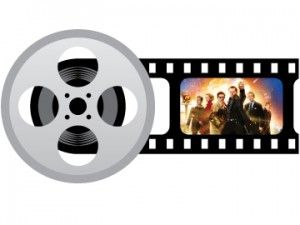 out the best in each other while simultaneously making bank at the box office.

always fall flat with their latest film “The World’s End”. Their movies may not break any

box office records, but their perfectly off beat genre comedies always seem to develop a

Pegg started this summer off beaming up Captain Kirk and the crew of the U.S.S.

Enterprise. He is always a welcomed form of comic relief in big-budget action films, but

hometown. Things take a turn for the supernatural when the friends realized the

residents of the town are hiding something.

It’s easy to compare “The World’s End” to other recent films like “The Hangover Part III”,

the similarly titled and themed “This is the End” and even Tom Cruise’s “Oblivion”, but

They fought zombies in “Shaun of the Dead” and played bad cop in “Hot Fuzz.”

apocalypse film. No matter how silly the plot, Pegg and Wright take their viewers on a wildly funny

journey every time. Hopefully “The World’s End” is not the end for this great comedy duo.