Soccer finishes out weekend with a win 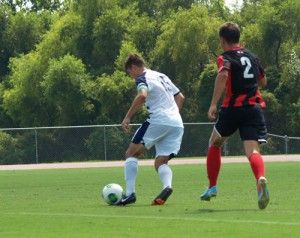 After a scoreless first half against the winless Bulldogs, GSU managed to pull away early in the second half.

Offensively the Eagles dominated the shots and shots on target by a tally of 20-12 and 9-2 respectively.

Senior goalkeeper Neal Bates and the Eagles defense recorded the second shutout of the season.

The win puts the Eagles to 3-4 on the year as they now look towards a long home stretch at Eagle Field for six of the next seven fixtures.

GSU will be back in action Tuesday as they take on Presbyterian College at 6:00 p.m. at home.