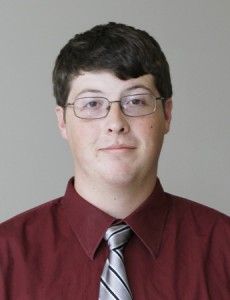 Cooper is a senior journalism major from Rincon. He is the former opinions editor and current copy editor at The George-Anne.

The bombardment of old-movie/book remakes is not abating, but only intensifying. “Robocop,” an 80s movie about an android policeman, is being remade into a PG-13 action movie. This upsets me, and I‘m going to tell you why. I’ll come back to the rating later. The movie is, predictably, another origin story, which is where I’m going to start.

The origin of a hero is always a good place to start. You start off at the beginning to avoid confusing your audience. Seems logical, right? It is certainly a logical answer, but it’s not the only logical answer. I’ll be using “Dredd,” the movie based on comic book Judge Dredd, as an example of how to make a non-origin movie based on prior works. The movie opens with a description of Judges as they exist in “Dredd’s” dystopian future setting of Mega-City One, which leads into a scene of the titular hero chasing some dug addicts, which we are told is just a part of his job. The gang bust that is the movie’s main plot is, at the end of the film, revealed to be just another day at work for Judge Dredd. Sadly, very few other films take this route, but it works exceptionally well in this case, and I believe it would work well for Robocop. The only people that are interested in the movie are the fans of the original, at this point.

Now to address the rating. If you don’t know why “Robocop” shouldn’t be turned into a PG-13 movie, then you just haven’t seen it. The gratuitous violence of the film is part of what makes it memorable. One of the defining scenes of the movie is when one of the new models of law-enforcement robots, ED 209, malfunctions and kills an innocent in a very violent fashion. The onlookers, members of the megacorporation that controls Detroit, OCP, show no emotion other than embarrassment at their failure. This defines the character of the men that essentially rule the city. This scene could not be replicated well in a way that would make it acceptable under a PG-13 rating. Violence is used as a plot device, and the current rating isn’t conducive to honoring this aspect of the original.

Hollywood has to run out of things to remake eventually, but until then I’ll keep hoping that no more of my favorite movies/books fall prey to the cursed of half-assed Hollywood tampering.