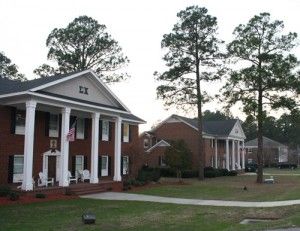 At least two black women went through recruitment and were denied bids because of alumni threats to the specific chapters. The story gained national attention, putting pressure on UA to investigate the allegations of segregation within its Greek community and forced sorority headquarters to make statements ensuring that discrimination is not something they support.

As of yesterday, UA president Judy Bonner announced that all 16 sororities would be allowed an extended bidding process to increase their chapter sizes.

Seventy-two bids were extended to women, 11 of whom were black. Eighteen of the total bids have been accepted, four by black students and two by minority students, The Crimson White reported.

Georgia Southern University students gave their reactions and opinions to the story and about race relations within GSU’s Greek community.

Katherine Veach, junior fashion major, a Pi Chi during 2013 recruitment and a member of Delta Phi Epsilon, said that as soon as she saw there were two black girls in her group she knew right away recruitment would not be easy for them because there are still racial issues in the South, especially within the Greek community.

“I think tradition has a lot to do with it. I’ve heard people say things like ‘she’s great but it’s just an understood thing.’ To me it’s astonishing. I think people look at the Greek community and think ‘that’s just how it is.’ But being Greek is supposed to be about values and the people in the organization, not what they look like,” Melinda Wertz, senior public relations major and member of Delta Phi Epsilon, said.

Other Greek Life members do not see an apparent problem and believe that GSU has a mixture of races and ethnicities.

“I believe that Georgia Southern has the best racial mixture of the Southern schools in terms of Greek life. From what I know there are multiple sororities and fraternities with African Americans in them, unlike other schools,” Danielle Jackson, freshman communications major and member of Delta Phi Epsilon, said.

The lack of racial variety may be attributed to the culture or tradition found in many universities located in the south.

Corey Jones, senior sports management major and president of Sigma Lambda Beta, said, “It definitely has to do with regional aspect and tradition for the South especially around Alabama, I can imagine Tuscaloosa, University of Alabama, just a rich history of, you know, you go back to Jim Crow laws and segregation.”

Alexandra McCray and Darrion Banks contributed to this report.