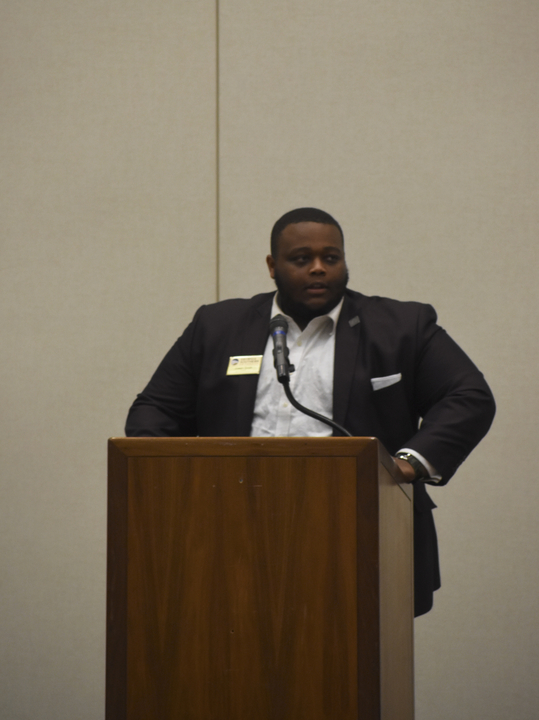 According to Smith, the three topics will be privilege, respect, and social responsibility, social justice and gender and sexuality.

STATESBORO —The Student Government Association solidified the themes surrounding town halls Georgia Southern will be hosting in the future, at their weekly Wednesday meeting at 6:30 p.m. in the Russell Union.

The purpose of the town halls is to continue courageous conversation and to have dialogue on a specific topic.

“This was the third time they have meet and it was put in place before the events that took place two and a half weeks ago,” Ken Gassiot, Ph.D., said. “For him, it’s very important to make sure that students are at the table and talking about diversity and inclusion efforts on campus.”

The theme of the town halls is to continue courageous conversation and to have dialogue on a specific topic.

Juwan Smith, SGA President, said that President Marrero has done a good job since his arrival, and that with his help, and the leadership of the SGA, these necessary dialogues will be had.

“We are looking to press into these conversations that might be hard, and allow organic dialogue for productive conversations which can bring about change,” Smith said. “You can’t force someone to change their ideals or outlook on life but one thing you can do is talk to them and educate them on a perspective that they might not have had before and these strategic conversation.”

According to Smith, the three topics will be privilege, respect and social responsibility, social justice and gender and sexuality.

The town halls will be focusing on solutions, how to understand people and how to have the university community be more intentional about who is in the culture and conversations.

“It’s not just one side of it but it’s more than one side of what people come from and you never know how other people are raised,” junior information technology major Kenterious Goolsby said. “A heart to heart about how everybody feels about the situation will really help the university.”

Gassiot gave details on the dates when the town hall opportunities will be taking place.

“The first one is in November and the date, time and location is still being worked on, but it’s close to getting nailed down and it’s called privaliage, respect and social responsibility,” Gassiot said. “The second date is unknown but it is in February that’ll center around social justice. The third is in March and date and time is unknown will focus around gender and sexuality.”

Gassiot also said that crowd size, and issue specificity were important pieces to the discussion.

The office of multicultural affairs will be involved in helping with the planning and structure of the conversations.