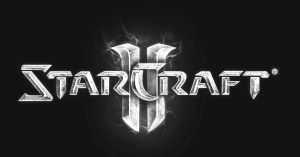 The world of e-sports is officially making its way to Georgia Southern University and is looking to recruit casual and competitive players alike.

Fridayat 4 p.m in the Information Technology Building, room 2212, all gamers, preferably with their own computers, are invited to try out for the E-Sports Association at GSU.

“I’m trying to attract anybody who’s legitimately into competitive gaming. There are people that like playing but they’re not trying to be pro-players, but I’m really just looking for really competitive players,” President of the E-sports Asosciation and senior marketing major Robbie Switts said.

The E-Sports club is attempting to create a collegiate team that will be able to compete for up to $80,000 in scholarships each semester.

Over 35 schools around the southeast have collegiate teams that compete online and in live finals, Switts said.

April of this year Switts competed in the qualifier for the 2013 edition of the World Championship Series tournament and placed in the top 64 out of 2,000. In 2012 Switts won a qualifier and free trip to Anaheim, California to compete in a tournament hosted by Blizzard Entertainment.

“I recently stepped back from pro-gaming and now I’m just running the e-sports club. I want to focus my effort elsewhere and trying to grow the club, especially since I’ll be graduating in December,” Switts said.

Switts has already had luck scoping out talent at GSU, having met one of the best “League of Legends” gamers in the country Drew Bickery, simply by overhearing a conversation at Lakeside Commons.

“He [Switts] mentioned ‘League of Legends’ and it’s kind of my favorite game. People tell me I’m good at it, so I guess I am good at it but I don’t gloat or anything,” Bickery, freshman IT major, said.

Bickery has competed online against pro-players, who play games as a career, before and said he has been looking for something like the upcoming tryouts as a fun way to meet people with similar interest and possibly join a team.

Bickery said, “I have to find a good balance between studies, but there are good stories of kids that are 18 and get invited to be on a team and make money and take a break from their college studies and come back later so that if that opportunity came up, I’d do it. That’s any gamers dream.”