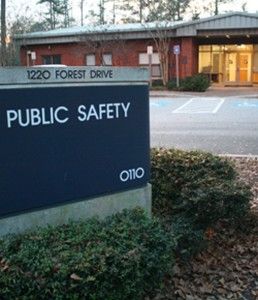 A Campus Alert sent from the Dean of Students office yesterday around 6 p.m. alerted students to an alleged armed robbery that occurred late Sunday night.

At approximately 11:53 p.m., an unknown white male flagged down University Police and reported that he had been robbed between GATA’s Sports Bar & Grill and Cambridge at Southern, Chief Michael Russell, director of Public Safety, said.

However, there is not much information available on the robbery because the victim fled the scene after speaking briefly with University Police.

“The young man said he was robbed but didn’t and wouldn’t give the officer any more information, and then he was gone,” Russell said.

Because the victim left the scene, the crime could not be verified, therefore the University Police did not have enough information to send out an Eagle Alert, Russell said.

The situation is strange and new to officers because it has not happened before, Russell said.

“We didn’t know if it had actually happened or what was going on.  An Eagle Alert is if we know someone is in immediate danger, and we couldn’t verify that,” Russell said.

University Police alerted the Dean of Students of the alleged robbery and discussed sending an Eagle Gram to students.

The Dean of Students office received the notice from University Police yesterday morning about the alleged robbery but did not have a chance to discuss sending it until yesterday afternoon, Patrice Jackson, dean of students, said.

Since the robbery occurred off campus, it would fall under the Statesboro Police Department’s jurisdiction, but the University Police would have helped with verifying the robbery.