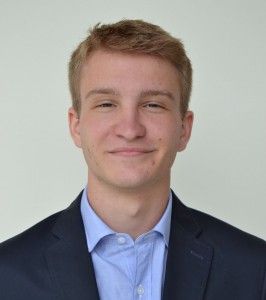 The latest episode of one of the most popular and controversial videogame series of all time, “Grand Theft Auto V” (GTA V), looks to upstage its previous installments, equipped with a monstrous budget and massive street cred.

If you’re not amped about this game coming out than you either do not have a pulse or don’t own any sort of gaming apparatus. The developer, Rockstar Games, poured an unprecedented $265 million in to this game. That cost is more than double “Grand Theft Auto IV”’s bill and greater than any movie or videogame created other than “Pirates of the Caribbean: At World’s End.”

The most remarkable thing about the huge price is that the game has already brought in enough cash through preorders to pay the tab, with approximately 2.6 million copies preordered on Xbox 360 and PlayStation 3. That number is more than “Call of Duty: Ghosts,” “Battlefield 4,” and “Assassin’s Creed IV: Black Flag,” combined with room to spare.

One of the more appealing parts of the game is the ability to stroll around to whatever setting Rockstar Games rolls out and do anything you like. “GTA V” will allow this on a much greater scale, and with environments ranging from the typical inner city to mountain ranges and deserts this game has a setting for everyone.

In the past Rockstar Games has received flak for not portraying the different types of criminals in their environments accurately, critics claiming they went the more stereotypical criminal as opposed to a truthful portrayal. In response Rockstar Games invited actual LA-based gang members and ex-cons in to voice the criminals.

If none of this is able to persuade you to give this game a try, then look back at other chapters in the game series. “GTA IV” has sold more than 25 million copies since its release in 2008 and was rated as the number one game of this generation by the editor of Game Informer magazine. “GTA Vice City” sold over 20 million copies, “GTA III” sold more than 17 million copies and every game has come with a swell of critical praise.

So, not only is Rockstar Games spending a ridiculous amount of cash to create the biggest and baddest open-world experience ever, it also listens to the people that support it and have a track record of absolute excellence. What’s not to like?