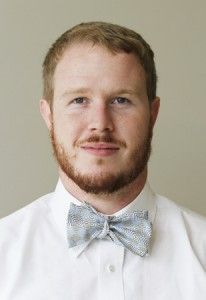 Last week saw the launch of Al-Jazeera America, the biggest new name to come to TV news since Fox News launched in the 1990s. The network made ripples across the news world, with almost every major TV news source posting articles about it, as well as many traditional publications and internet-only sources. Oddly enough, it seems that whether or not the launch was seen as a positive or a negative depends on the bias of the news source. For example, Glen Beck’s site, theblaze.com, made fun of the opening, while the right-wing “National Review” claimed it was not serious about the news and disappointing. On the blue end of the spectrum, Mother Jones called the network promising for its coverage of climate change. The Guardian, the UK paper that broke the NSA spying story, called the network “the news channel America deserves.”

Al-Jazeera America poses some issues, notable among which are less ads than traditional news sources and Al-Jazeera’s association with the release of terrorist videos, notably Al-Qaeda. AJAM’s business model calls for less commercials, but that means less ad revenue for the network, which has the benefit of Qatari oil money to prop it up. But at the same time, networks look at ad revenue when determining which channels to carry, and the coverage of AJAM will be an issue for the network going forward, as it had been dropped by at least two cable providers.

The “association” of the network with Al-Qaeda is also an issue. The network became famous for distributing the videos made by Osama bin Laden and other terrorist officials in the early 2000s. However, the distribution of the videos did not mean that Al-Jazeera supports terrorist groups, rather that the network was (and is) the most visible and important network in the Middle East. As well, Americans have a predisposition against any channel that sounds foreign not named BBC. The fact that many comments about the network have been rants against “Muslim news” shows that the channel may have issues appealing to Bible Belt America, regardless of content.

But at the end of the day, Americans’ disappointment with cable news at the moment opens up a door for AJAM, but it’s up to the network to make it work.