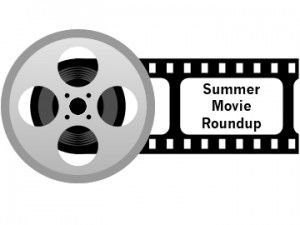 Perhaps the only industry that didn’t mind a summer full of rain, rain, and more rain was the movie business.

With directors like Neil Blomkamp, Guillermo del Toro, Baz Luhrmann, M. Night Shyamalan and Christopher Nolan all dropping movies within the short but sweet summer box office season the summer was destined to be an interesting one for film.

As usual, action movies like “Iron Man 3,” “Star Trek Into Darkness” and “Man of Steel” dominated the box office, bringing in nearly $1 billion in ticket sales. But for every big hit there’s always a flop. And this summer’s flops flopped harder than the norm. Try not to think about “R.I.P.D.” which collected less than a quarter of its budget in ticket sales, or the latest dud in M. Night Shyamalan’s once promising career in “After Earth,” which gathered less than half of its budget.

In total, this summer has been a good one purely in terms of numbers for the movie business. As of now $4.15 billion in tickets have been sold with some time to go, nearly breaking the summer of 2011’s record of $4.4 billion in sales.

Here’s what our summer movie critic Alex LaSalle had to say about some of the biggest movies of the summer.

“The secret behind the success of ‘Pacific Rim’ is director Guillermo del Toro, who, thankfully, knows how to make an exotic and exciting scene without using the Michael Bay blow-up-everything method.”

“The action scenes in ‘Pacific Rim’ break from the standard in many ways, almost entirely for the better. There are lengthy shots of the fights instead of super-quick cuts that make it impossible to actual get a sense of the action. They feel like actually large fighters instead of people in suits fighting over a miniature model city.”

“‘’Man of Steel’ is a very good movie, but there’s a bigger question. Is it a good Superman movie? One of America’s iconic comic book heroes has a strong outing here, and the movie does many things right.”

“’Man of Steel’ also does a good job separating itself from other comic book movies. The movie never forgets that Superman is an alien, not of this world, and vastly different from the like of Batman or Captain America, who are simply extraordinary humans.”

“’Man of Steel’ is solid, entertaining sci-fi action, but it might not be the most super film possible.”

“In 2009 J.J. Abrams surprised everyone by crafting a ‘Star Trek’ reboot that didn’t suck. In fact, it was really good, though the sequel falls just short.”

“There are fights in space ranging from giant ship-to-ship battles to classic punching and kicking. The action and special effects are top-notch and Abrams once again proves himself to be a talented director.”

“’World War Z’ is a serious, mostly humorless movie. The tone is closer to that of a natural disaster film than a horror-thriller.”

“Even though it doesn’t bring anything new to the zombie genre except Brad Pitt and a bigger budget, ‘World War Z’ is a mostly entertaining experience.”