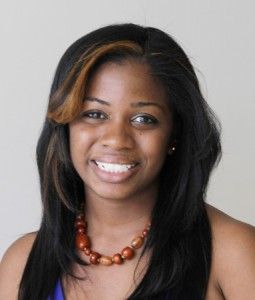 McCoy is a senior journalism major from Powder Springs. She is the current Arts and Entertainment editor.

There was supposed to be no sleep until the premiere of the 2013 MTV Music Video Awards but most of the show may have left some with nightmares.

Let’s do a full recap of the entire night.

Lady Gaga- Lady Gaga started the night off with her latest song, “Applause.” But there was no meat dress, no egg to emerge from and no fireworks from her chest. There was, however, a two-piece G-string bikini that she stripped down to at the end of the performance that bore her entire backside. In fact, she wore that little number the entire night. Miley Cyrus- “We Can’t Stop” was performed by Miley, bears and girls with big butts. Miley starts by emerging from an enormous bear’s stomach in a bear onesie. She then starts to do some dance that resembles a mixture between an animals mating call and the inflatable dancing advertisements that car dealerships use. She screams her song with her tongue out and her face in the rear end of her dancers. As if all of this was not enough for the audience and viewers at home, some of who looked very unimpressed, Miley strips from the bear suit to a latex two-piece. Robin Thicke- Robin Thicke appears to do a duet with Miley for the summer hit “Blurred Lines.” The old Disney star manages to ruin that by continued screaming and making too much bodily contact with Robin Thicke. Miley twerks, grinds, nuzzles and basically violates him. He is not much better. Robin is wearing a suit that is almost an exact replica of Beetlejuice’s get up. Kanye West- Kanye West, aka Yeezus, comes out with his Kanye best in an attempt to Kanye impress. He sings his song and performs with his pumped up Kanye chest. Everyone loves his Kanye zest with the backdrop that resembles a Kanye quest.  At the end, there was a Kanye fest. He dropped the mic and Kanye left. Kim wasn’t there. She stayed at the Kanye nest. Justin Timberlake- JT was honored at this year’s MTV’s Video Music Awards. He performed a montage of his music throughout the years and it was great. N’SYNC came out and performed with him for a few seconds and it was great. Taylor Swift- During and in between every other event, the camera panned over to Tay Tay Swift and her BFF Selena Gomez. We got to see her dance, laugh, swap secrets and curse under breath at One Direction’s award. Upon receiving her own award, she said, “I also wanna thank the person who inspired [‘I Knew You Were Trouble’], who knows exactly who he is, because now I got one of these!” Rihanna- Rihanna remained unimpressed throughout the entire show.

The VMA’s always bring that shock factor to its award shows. This year’s shock was Hannah Montana’s transformation into twerking Miley Cyrus. It would be nice to say that there has been worse. But this was it.