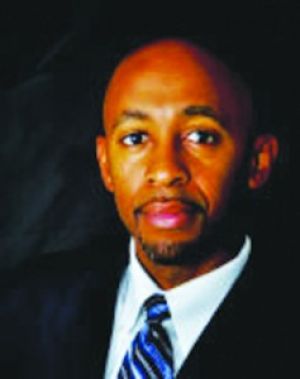 The Georj Lewis Scholarship, created by the Student Government Association for Georgia Southern University student leaders, will go into affect after working on it for two years.

“In 2011, the Student Government executive board created this scholarship in honor of Dean Lewis,” Azell Francis, executive vice president of academic affairs for SGA, said.

Before a scholarship can go into effect and start being distributed to students, a certain amount of money must be collected to fund the scholarship, Garrett Green, president of SGA, said. That amount of money was finally reached this past summer.

Lewis was the director of the multicultural student center from 2002 to 2003 and was then promoted to the dean of students in 2003 and served in this position until February 2012.

Lewis was extremely involved in the lives of students while serving on campus, Green said.

“Dean Lewis was really able to relate to students and connect to them,” Green said.  “He played intramural sports, like flag football, which brought him down to the student level.”

Interested applicants must have attended GSU for at least one semester and have a GPA of 2.75 or better. Applicants also need to submit a leadership essay of at least 500 words, Francis said.

The scholarship amount will be for $1,000 for a year and distributed in two $500 increments, Green said.

“We’re really looking for involved student leaders,” Green said. “There are so many scholarships available for incoming freshmen and we wanted to reward involved students.”

Applications will open around February or March. The winner will be announced in the spring of 2014 and will go into effect fall 2014.