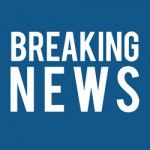 “Georgia Southern University received an anonymous report of a potential health danger to our students that we determined to be a credible threat,” Jackson said in a news release to GSU.

GSU is taking every action possible to ensure the safety of this campus and its students, Jackson said.

“The Department of Public Safety has been informed of a potential danger in the form of an HIV positive individual who may be knowingly and intentionally infecting his sexual partners,” Jackson said in the news release.

The Georgia Southern University Office of Public Safety issued a Campus Alert around 9:30 this morning concerning an individual that may be intentionally spreading HIV.

The subject is reported as being an attractive African American male who is in his mid-thirties, but could appear to be in his mid-twenties. He has tattoos, sometimes wears glasses and may have facial hair. He has been known to target men, but all should take precautions, according to the Campus Alert.

He may claim to be well traveled, especially within the Southeast, or working in the music industry. He also claims to work as an HIV counselor or assistant, according to the alert.

Anyone that believes they may have been a victim should contact the Office of Public Safety.

Director of Public Safety Michael Russell was not available for comment at this time. Follow thegeorgeanne.com as the story develops.