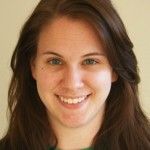 It’s summer, and that means freshmen. It started, and continues, with incoming freshmen on Georgia Southern University’s campus for SOAR, but a slew of Eagle Incentive Program (EIP) students also arrived at the end of last month.

Upon their arrival, we ran two editorials giving EIP students advice to either focus on their make-it-or-break-it classes or put “living it up” at No. 1 on the priority list.  These writers and I have received more feedback than expected in the form of tweets, comments on our website and letters to the editor.

Firstly, I’d like to thank everyone who sent emails or comments; input from the GSU community is, and always will be, greatly appreciated. The opinions section is the closest connection community members have to The George-Anne, and it gives them an opportunity to express any mixture of emotions on any topic through letters to the editor.

With that being said, the opinions section also serves as a medium for student voices, and the authors of the EIP columns are primarily GSU students. Rather than defend or condemn the writers, I’d like to address some of the feedback we’ve received.

A common aspect of several responses has been the defense of the EIP students’ intelligence. It was no one’s intention to insult or attack these students, and no one called them stupid. However, the thought that EIP students are remedial is common amongst GSU students, most likely because they do not fully understand the program.

This recent dialogue about EIP could serve as a way to spread a better understanding of the program, which accepts students who have the high school GPA, but do not have the standardized test scores. This says more about standardized testing than it says about the students, but that’s another topic for another day.

The decision to publish the EIP columns was carefully considered, and my hope was to create a discussion concerning Georgia Southern’s newest students while including those students in the discussion.

Ignoring a problem will not make it go away, and people are going to disagree, especially with such a diverse population in such a small town. As always, The George-Anne welcomes comments and letters and appreciates all readership.