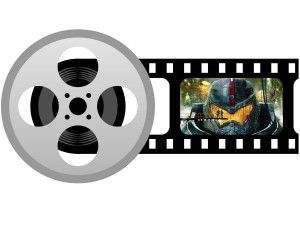 It would be very easy to describe вЂњPacific RimвЂќ as simple or dumb. True, it isnвЂ™t a complex film, but it knows what it wants to do and does it well.

The entire background story is laid out in the first 10 minutes. Large monsters called Kaiju are coming out of an inter-dimensional portal thingy in the Pacific Ocean. Humanity built giant robot suits called Jaegers to punch them in the head, because that is clearly the best solution.

It may sound like a wholly implausible plot, but itвЂ™s executed with enough charisma and efficiency to get us through the movie. Gone are the unnecessary romantic subplots. Gone is the preaching about how humanity is the вЂњrealвЂќ bad guy. ThereвЂ™s a small mention about how pollution made the ocean habitable for the Kaiju, but thereвЂ™s no serious message outside of giant things beating each other up is awesome.

Oh, and how awesome it is. The secret behind the success of вЂњPacific RimвЂќ is director Guillermo del Toro, who thankfully knows how to make an exotic and exciting scene without using the Michael Bay blow-up-everything method. ThereвЂ™s even actual camera work instead of a nauseous, shaky cam.

The action scenes in вЂњPacific RimвЂќ break from the standard in many ways, almost entirely for the better. There are lengthy shots of the fights instead of super-quick cuts that make it impossible to actual get a sense of the action. They feel like actually large fighters instead of people in suits fighting over a miniature model city.

ThereвЂ™s a story, too. ItвЂ™s not bad. The obvious hero is Jaeger pilot Raleigh Beckett, played by Charlie Hunnam (вЂњSons of Anarchy,вЂќ вЂњChildren of MenвЂќ). Idris Elba (вЂњ28 Days Later,вЂќ вЂњPrometheusвЂќ) plays the stern military commander. Charlie Day (вЂњAlways Sunny in Philadelphia,вЂќ вЂњHorrible BossesвЂќ) plays a Kaiju scientist and expertly provides comic balance to the film. Nobody here is going to win an Oscar, but none of them get in the way either.

ItвЂ™s very likely that some people out there simply arenвЂ™t interested in seeing Jaegers punch Kaiju in the head. For the rest of us, there is вЂњPacific Rim.вЂќ