The verdict stands: Move on 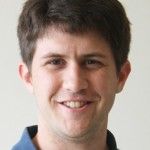 Since the verdict of the George Zimmerman trial has been released and everyone has seen the reactions made by many across the country, this is the last time I personally will bring it up the matter in my column.  We have the verdict, and it should be left at that, which brings me to my point: it is time to move on!

We can all agree that the death of a 17 year old is a tragedy, and we conservatives are not denying that.  That being said, we live in a country that is made up of laws, both state and federal.  George Zimmerman was put on trial, and through a jury selected by the state of Florida, he was found to be not guilty.  The jury has spoken and they said that he did not murder Trayvon, but that he acted in self-defense.  Regardless of what any others might believe, those are the facts of this trial that just took place.

Earlier this week, our attorney general announced that the Department of Justice has opened an investigation into the matter due to increased pressure to do so by race baiters.  He’s essentially saying that he wants to pick up where Florida left off to try to persecute this man.  He’s even going as far as to review the self-defense laws that are currently in place in the state of Florida.  Well let me be the first to say that Eric Holder is severely over stepping his boundaries on this one.  The state of Florida has the right to make its own laws regarding guns and self-defense, and the federal Department of Justice needs to respect that.

The jury acted as it saw fit, declaring that George Zimmerman did not commit these crimes and that he acted in self-defense.  It had absolutely nothing to do with race in any way and that he acted within his rights to defend himself, as he needed to.  If Al Sharpton, Jesse Jackson and Eric Holder want to continue to think that this was for some reason a racial hate crime, then they have every right to think so, but the law is still the law, and this case should be put to rest.  The Department of Justice has no business probing further into these peoples’ lives.  The law stands, and it should be left at that.