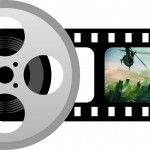 “World War Z” is, for better or worse, an attempt at a zombie movie on the scale of “Lord of the Rings.” The usual visceral terror is replaced by a zombie horde – standard “infected” variety – where the only distinguishing characteristic is the sheer size of the horde.

In spite of a bland premise, it’s an entertaining action flick that does nothing amazing and nothing terrible.

The plot is more of a race against the clock than a gritty survival story. Brad Pitt plays Gerry Lane, who once worked for the United Nations or something, on his search for the source of infection in hopes of creating a cure. He is accompanied by a variety of soldiers and scientists while he frets over the safety of his white suburban family, all of whom are played by people that are not Brad Pitt.

There’s nothing special about Pitt’s performance, but he’s the sort of actor that brings enough innate charisma to the screen to keep people watching. He’s smart, confident and thoughtful. He worries about his wife and kids. He has excellent hair.

The zombies themselves are numerous and boring. They run after people, bite them and make more zombies. They’re not very smart. Headshots only, please.

Through Pitt’s entire nation-hopping search for the source of the infection, there are plenty of shots of the epic zombie horde. They work more like a flood of bodies than anything else, and the visual effects are effective at times.

“World War Z” is a serious, mostly humorless movie. The tone is closer to that of a natural disaster film than a horror-thriller.

The strongest part of the film is the final third, which includes a tense and mostly satisfying climax. Until then, the film feels more like a journey that shuffles along with no real inertia.

Even though it doesn’t bring anything new to the zombie genre except Brad Pitt and a bigger budget, “World War Z” is a mostly entertaining experience.