Wildfire problems have many causes 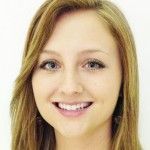 Last week I wrote about the Colorado wildfires. I was of the opinion that the homeowners of that area knew the risk they were taking by building there and that nature was just behaving as needed for the health of the ecosystem. Since then, new information has led me to new positions on the issue that I feel inclined to share. There are three things that take this issue beyond the scope of individual homeowner recklessness and nature at work.

First, state and local governments provide people with strong incentives to build in “red zones,” areas highly likely to be impacted by a forest fire. People move in, a forest fire rages and federal funds pick up the firefighting tab. Once again, our tax dollars are used to absolve a problem created through the absence of governmental common sense. The government should first stop encouraging trusting people to build in these dangerous areas. Then whoever chooses to do so anyway can fully accept the risk of their decision.

Secondly, modern logging and fire suppression techniques have proved to stave off smaller blazes, but consequently make forests more vulnerable to enormous fires like the one Colorado is currently experiencing. This is neither the fault of the homeowner nor an occurrence coordinated by nature. It is up to policy officials and local governments to pursue better techniques to prevent fires like these.

Third, forest fires have been exacerbated by none other than climate change. Experts and officials are pointing to several factors for such a large fire that was worsened by climate change. The science is too long to explain here, but easy to look up. Stronger fires are linked to many factors, from too many pine beetles in warmer temperatures to a hotter and drier season than normal. The result is a forest fire on steroids. Once again, this is neither the fault of homeowner irresponsibility nor is it a naturally behaving forest fire.

I thought these forest fires were an example of our unrealistic expectations of nature to always provide and never harm. It now seems the fire is an example for governmental shortsightedness, ill-contrived environmental practices and the increasing consequences of ignoring climate change. They are all things that we certainly don’t need any more examples for.