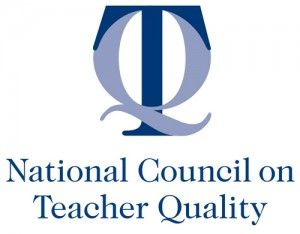 The National Council of Teacher Quality (NCTQ) released a report rating over 1,000 colleges for their teacher preparation programs, including Georgia Southern University’s college of education, based on paperwork alone.

Thomas Koballa, dean of the college of education at GSU, uses a restaurant critic analogy, comparing the results of the evaluation by NCTQ in which GSU’s teacher preparation programs received low scores to a critic looking at a menu without tasting the food.

“They never came and looked at our programs,” Koballa said. “The information was gathered through an open records request.”

Many of these colleges’ programs were harshly critiqued by the NCTQ, with 91 percent of the schools earning two or less stars out of the possible four stars.

“This is only one data point among many that a college of education needs to look at when assessing their programs,” Koballa said.

The American Association of Colleges for Teacher Education (AACTE), a national alliance of educator preparation programs, recently released a statement regarding the NTCQ findings saying that the report “raises many questions and fails to provide useful information to drive meaningful improvement.”

NTCQ also refuses to make the rubric available publicly or individually to schools, preventing schools from using the information to improve their programs, according to the AACTE statement.

The information used to compile the report is from the 2010-2011 academic year, a fact that is very important to consider when reviewing the results, Koballa said.

Since the 2010-2011 academic year, the COE has introduced an English to Speakers of Other Languages course required in all teacher prep programs, Koballa said.

This is the first year the NCTQ has released a nation-wide report rating Teacher Prep Programs.

The NCTQ often faced hurdles when requesting documents necessary for the review.

“As it turned out, we faced a nationwide boycott of our effort,” according to the NCTQ report. “Ultimately, only 114 institutions chose to freely cooperate with the Teacher Prep Review.”

The findings of the NCTQ report contrast greatly with other recent reports, like those completed by the National Council for Accreditation of Teacher Education (NCATE) and U.S. News.

The NCATE made a continuous improvement visit this past April in which it evaluated the Initial Teacher Preparation and Advanced Preparation programs.

Out of the six standards being reviewed, the Initial and Advanced programs both met all standards and also received commendations in three areas, according to the board of examiners report.

In a report completed by U.S. News for the best online education programs, GSU ranked 21st out of the 143 schools that received a ranking.