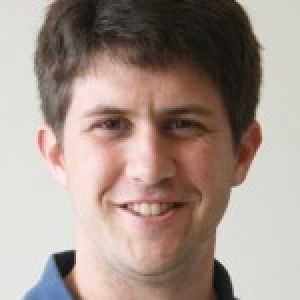 Americans used to know the difference between right and wrong. Some of us still may, but for the most part this administration will twist policy to make some instances sound like the right thing when they should be condemned in the first place. They talk their way around the fact by ultimately trying to steer our views to something entirely different. Barack Obama has led our country in deceit and dishonesty from day one. What’s so disturbing about it is how much he preached that he would be the most transparent and open president that this nation has been lead by. Well he is either lying to us, or he has such a misconstrued view of what is right and wrong that we should be ashamed for electing a man that backwards.

The IRS, for example, has acted unethically, and even criminally, for targeting conservative groups such as pro-life, or tea party organizations and scrutinizing their efforts. Yet the woman who was in charge of overseeing this take place was promoted to oversee Obamacare. Obama had nothing but the highest praise for the “Occupy” groups that trashed public areas and forced many small businesses to close due to their demonstrations. Then when tea party groups held their organized rallies, which they cleaned up after themselves, all the president could say is how misguided their efforts were. Barack Obama was perfectly fine with sending Seal Team 6 in to kill Osama Bin Laden, but wouldn’t so much as answer the phone to try to aid the American citizens who were being killed by Muslim terrorists in Benghazi. He then tries to essentially blame us for the attack by saying it was caused by an Internet anti-Muslim video. I don’t think we have ever had a president who has blamed a U.S. citizen for a terrorist attack.

Earlier this year the president along with other senators were trying to encroach on our second amendment rights by banning guns that he thought weren’t fit for the average citizen’s hands. Yet he along with his Attorney General Eric Holder sold high-power, military-grade weapons to Mexican drug dealers who in turn killed hundreds of innocent Mexicans along with an American border agent.

Finally the Romeike family fled to America for the sole purpose of homeschooling their children in a Christian setting that is illegal in their native country. They were granted asylum here until Eric Holder found out and appealed the notion with intent of having them deported. This is the same man who is currently trying to give 11 million illegal citizens amnesty in our nation. He doesn’t think there is enough room in this nation for a German couple that just wants to raise their kids how they see fit without being persecuted for it.

How much more will it take for people to say, “I’ve had enough”? Stop praising those who do wrong and scrutinizing those who are honest. As of right now we are a very backwards nation that needs to focus on getting our heads on straight before it’s too late.