Not a hard-knock life for Annie 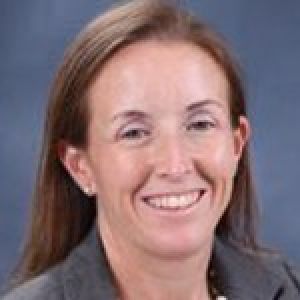 In her first two seasons at the helm, Smith has instilled a championship culture that her players have embodied on and off the field.

“My team goes out to win. They like to win.  They always want to win and they always push themselves.  You just have to take it one game at a time. Winning is hard,” Smith said.

Smith returned a program that had not won a SoCon championship since 2006 to prominence, but the challenge she and her team faced was a daunting one.

“None of these players had won, so it’s easier to be the underdog, but it is also hard to mentally be able to challenge Chattanooga, which was the team that had won the last five,” Smith said.

Dethroning the team that had won five straight SoCon titles meant the University of Tennessee at Chattanooga could not intimidate the Eagles.  That was easier said than done considering nobody on the team had ever won at this level.

“Learning how to win I think is important, to be able to challenge (UTC) and get over that hump. That first year we were able to do that with a strong senior class and good pitching,” Smith said.

A strong senior class and good pitching seems to be the combination that will keep GSU competing near the top of the conference for the foreseeable future.

“I’ve got four pitchers, and really at different times throughout the year I had to have them all step up.  Allie won a big game for us at Chat, Brooke won that second 11-inning game for us at the tournament, and Purv obviously started throwing great at the end of the year,” Smith said.

The pitching staff along with the rest of the team combined to create some memorable moments.  This year was full of extra inning thrillers in the regular and post season.

Smith said, “Those 11-inning games are pretty sweet. You can’t beat that really.  It’s like a Disney movie or something.”