Dunleavy gets the keys to a championship team 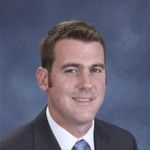 The women’s soccer team at Georgia Southern University is under new management, and new head coach Brian Dunleavy is a familiar voice on the sideline.

Dunleavy was a key contributor to the staff that led GSU to its first Southern Conference championship in women’s soccer last season. Dunleavy replaces Lindsey Vanderspeigel after serving as her assistant for the last two seasons.

“Anytime our coaches compete at the high level they compete at, and they win championships – that success is just like any other business.  When you are successful at a certain level it breeds interest from the next level,” Athletic Director Tom Kleinlein said.

Dunleavy now has the task of maintaining the standard set by his predecessor, but Kleinlein has faith that Dunleavy will do just that.

Dunleavy had a leg up on other candidates for the job because he understands the strengths and weaknesses of the team, but that was not the deciding factor in him getting a shot.

“What really got me to that decision was the fact that he did interview.  We interviewed a couple of other candidates, and he actually won the job,” Kleinlein said.

Dunleavy worked hard and stayed patient and now his time to shine and show what he is capable of at the helm is here.

“I’d like to thank Tom Kleinlein and the University for trusting me to lead the women’s soccer program.  I also want to thank Coach Vanderspiegel for her guidance over the past two years,” Dunleavy said in a news release.

If Dunleavy raises the bar and the women’s soccer team continues to be successful, the next level could come knocking on his door as well, but Kleinlein wants to keep his talent in house.

Kleinlein said, “Hopefully with our move up to the Sun Belt and some of the things we’ll be able to do with salaries, we are now at that level where less and less of that will happen.”