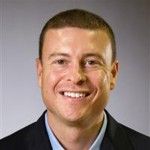 New men’s basketball head coach Mark Byington is bringing his personality and National Basketball Association style offense to put his stamp on Georgia Southern University and improve the Eagles in the win column.

Byington said he wants the team to represent his personality on and off the court. The new coach acknowledged that former head coach Charlton Young did some things well, but there are other things that Byington wants to change.

“I look forward to putting my personality on the program and getting things moving on and upward,” Byington said.

Personality can help Byington make a lot of friends, but he knows a good system is the tool that will bring his team wins.

“I’m really big into spacing. A similar style that is kind of popular right now is how the San Antonio Spurs are playing,” Byington said. “I’m very into spacing with ball screens. I’m into players making good decisions and being in the right spots.”

Getting players, open shots will be a feat for Byington, but making the offense more fluid could definitely improve the team’s field goal percentage of 41.9, including 34.1 from beyond the arc. Young’s motion offense often resulted in forced field goal attempts late in the shot clock.

“I like guys who can read and react, smart basketball players who have a good feel for the game.  I like my shooting guard, small forward, even my four man to all be able to pass the ball, shoot the ball and dribble the ball,” Byington said.

Finding multidimensional basketball players that can read and react can be a challenge, but Byington has shown that he will search high and low to bring in the players he feels will help win games for the Eagles.

Despite the loss of rising sophomore guard Cleon Roberts, who is transferring to La Salle University, Byington has added five solid recruits for the upcoming 2013-2014 season.

The new coach has a game plan, and time will tell if his first full time head-coaching job at this level will be a success. The first game of the season is nearly five months away.