The George-Anne Media Group • May 2, 2013 • https://thegeorgeanne.com/13025/arts-and-entertainment/gatsby-will-be-true-hero-of-summer-movies/

Gatsby will be true hero of summer movies 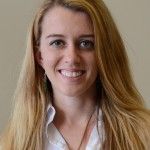 The most buzzed-about adaptation of a book you only read in Sparknotes during high school comes out in theaters in May. Between Leo DiCaprio’s trademark dramatic screaming, the Jay-Z-led soundtrack and 3D, this movie is just as over-the-top as Mr. Gatsby himself. You will either love it or hate it, but either way you have to see it.

It is hard to reboot or remake such a beloved series, no matter how many special effects you throw at it. For every “The Dark Knight,” there is an “A Good Day To Die Hard.” Director J.J Abrams successfully helped Chris Pine fill some William Shatner-sized shoes with 2009’s “Star Trek,” along with an equally beautiful and talented cast. The crew of the enterprise is sure to bring us a bigger and better sequel this summer now that all the standard origin story fluff is out of the way.

“This is the End”

James Franco, Seth Rogen, Johan Hill, Danny Mcbride and many other comedy scene-stealers play themselves at a Hollywood party as the apocalypse strikes. This movie is sure to be full not only of Rogen’s trademark man-child stoner humor, but many self-deprecating gags as well. Sounds like comedy gold to me.

Much like Robert Downey Jr.’s “Iron Man,” Hugh Jackman’s version of the claw-bearing mutant has graced the big screen one too many times. The first solo Wolverine movie was a huge disappointment. Did we really need another installment? It is beginning to lose its punch, and an adventure in candy-colored Japan won’t be its saving grace. I will wait for Bryan Singer’s timeline jumping “X-Men: Days of Future Past.”