Purvis on the cusp of greatness 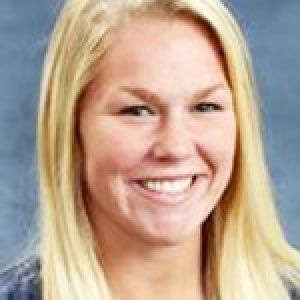 One woman has dominated the Southern Conference the past two seasons with a rise ball that baffles opponents and a swagger that comes from her ability to produce perfection.

Along the way she accomplished something that no other softball player to ever set foot in the pitcher’s circle for the Eagles has ever done: she pitched a perfect game, two to be exact.

To be perfect requires loads of physical talent, but it also requires mental toughness and the confidence to pitch the game even when things get tough.

“I’m definitely the confident one, I feel like when my pitches are on I can strike anyone out,” Purvis said.

Striking anyone out is an understatement considering she fanned a school record 253 batters last season on her way to what she described as her most special SoCon Pitcher of the Year award.

“Definitely the first one, because I didn’t have a great freshman year, and I wanted to come out and make sure that didn’t happen again,” Purvis said.

Purvis won 23 games last year, and with that kind of success it is very easy to exhale and become complacent.  Knowing this she refused to rest on her laurels in the offseason.

Purvis did not win as many games this year with a record of 18-16, and that is why being recognized as the best pitcher in the conference for the second year in a row caught her off guard.

“It feels great. I was actually surprised because I didn’t do as well as I did last year,” Purvis said.

Her numbers dipped a little, but the new season brought new circumstances that made her repeat performance as well as the team’s repeat more challenging.

Freshman catcher A.J. Hamilton came into a championship team with the daunting task of handling a veteran pitching staff, and she had the characteristic ups and downs that come with the step up in competition.

“It was an adjustment because my catcher last year was a senior,” Purvis said. “I knew it was going to be an adjustment and be a little difficult since she’s a freshman. It was a little shaky at first but she has worked really hard to improve.”

With a big swagger, a bigger right arm and one more year left at GSU, it looks like Sarah Purvis is going to need one more thing: a bigger trophy case.