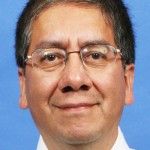 This past Saturday a Georgia Southern University professor and student were honored at a regional Institute of Electrical and Electronics Engineers conference held in Jacksonville, Fl.

Rios-Gutierrez is the first faculty member from GSU to receive the award and was selected from more than 30,000 educators in Region 3, which includes nine states in the southeast.

“The paper discusses a universal model for other universities to use when building cluster type supercomputers. My goal was to reduce the complexity and standardize the design of these machines,” Bazemore said in the news release.

IEEE is the largest professional association for the advancement of technology in the world, Rios-Gutierrez said.

Rios-Gutierrez arrived at GSU more than five years ago and with his wife established a robotics lab that offered a mobile robotics capstone design course that led to the Robotics Club, according to the news release.

“Our program is growing, and the field of robotics is becoming extremely popular. In fact, we are moving toward the design of service robots,” Rios-Gutierrez said in the news release.

Supercomputers are being used by people in the fields of physics, chemistry, economics, engineering, medical research and many other fields all using a different design and tool set that makes collaboration near impossible, Bazemore said in the news release.

Rios-Gutierrez received his nomination near two months ago and was told a week before the conference that he had been selected to receive the award.

An advisory board that meets once a semester to discuss how to improve the engineering program nominated Rios-Gutierrez.

Bazemore said, “It was really nice to come in first and know that your work has been validated and be able to share my work with the scientific community.”