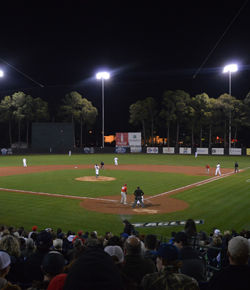 Senior pitcher Josh Stevenson (1-2) recorded his first win of the season allowing five hits, striking out six batters and giving up only one run.

Junior reliever Matt McCall recorded the save (S, 4) after giving up a homerun in the ninth inning.

After an eight game road trip the Eagles will be at home this weekend for a series against The Citadel beginning Friday at 6 p.m.

GSU will be giving away 2,000 sunglasses attempting to set a Guinness Book of World Record for most sunglasses worn at night. Head football coach Jeff Monken will throw out the first pitch and the football team will sign autographs.