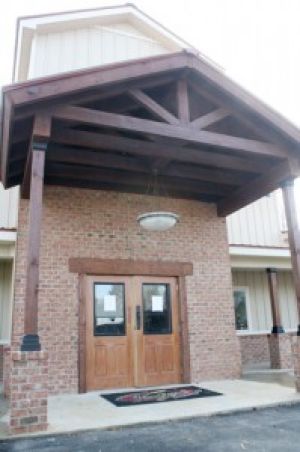 Just like it takes a couple of weeks to ferment good lager, Van Gogh’s Pizza and Microbrewery will take time to ferment the process of running a restaurant.

“We will be open for business sometime between middle of April and May 1, but we will have a grand opening in the fall,” Dale Bennett, co-owner of Van Gogh’s, said.

Van Gogh’s Pizza and Microbrewery’s owner is holding off the restaurant’s grand opening while the team continues to brew ideas and recipes. The delay is weighing on the owner’s ability to hire and train employees and finish setting up the inside.

Although there is a hold-up on the restaurant’s opening date, the microbrewery section of Van Gogh’s, which will become the first microbrewery in Statesboro, is ready to serve beer.

Van Gogh’s will hold a soft opening sometime this spring to prepare for the “real thing,” but management is still unsure on the exact date of its opening, Dale Bennett said.

Van Gogh’s will announce the grand opening two weeks in advance. This official opening date will include a ribbon cutting, Christian Bennett said.

“It’s so difficult to get an exact date when everything is in flux, but it will be worth the wait,” Dale Bennett said.

Tasting teams from family, friends and some customers at GATA’s have given good responses on samples of beer and food, Christian Bennett said.

“I’ve got the Creek Water down, but I’m still dialing down the process,” Duffney said.

Some of the samplings included new creations by pizza master Luigi DeLorenzo, who is experimenting with using touches of European flavors.

Cameron Shaw, food production manager, said, “We are designing recipes and compiling a menu that will intrigue customers and expand everyday tastes. Our pizzas hit the right point.”