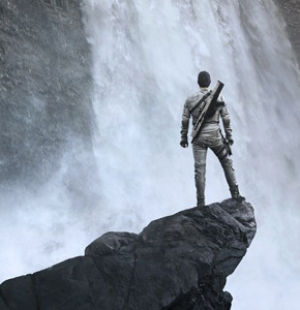 The direction and tone of “Oblivion” has as many twists and turns in its plot, making for a strange but mostly exciting movie full ups and downs.

The Joseph Kosinski film is certainly ambitious but seems to switch back and forth from campy action-adventure, like “Die Hard,” to serious sci-fi thriller, like “Prometheus.” The uneven direction prevents it from much more than an average popcorn flick.

The movie ends up being a bit mixed, but it is far from painful to watch.

In “Oblivion,” a film about the last man on earth who realizes things are not what they seem on the desolate planet, Tom Cruise proves he is still able to carry a movie with ease as both action hero and charming leading man at 50 years old.

“Oblivion” is full of twists and turns, some that are well done and others that create obvious plot holes, and it successfully keeps the viewer guessing but at the risk of leaving more questions than answers.

Cruise may want to pick and choose his roles more carefully before he becomes a Bruce Willis-esque parody of himself, and this fun but uneven sci-fi thriller will not make anyone take him seriously.

Cruise has been a bona fide movie star since he slid across that floor in his tighty whities in 1983’s “Risky Business,” and he is usually a star who still shines bright, even if his movies don’t.

The movie’s biggest weakness is its poor use of Morgan Freeman, who is the leader of a group of humans that Cruise’s character, Jack, did not know survived the nuclear war on Earth.

This ragtag group of survivors is pretty much an afterthought, which is disappointing because it is far more interesting than the love triangle of sorts between Jack and his partner Victoria, Andrea Riseborough (“W.E.”), and the mysterious woman he finds, Olga Kurylenko (“Quantum of Solace”).

Some scenes were shot to be sleek and sexy, while others are silly and fun. It will never be a classic nor will it help Cruise regain some of his now-fading star power, but it is a fun way to spend a few hours if the viewer can overlook a plot hole or two.