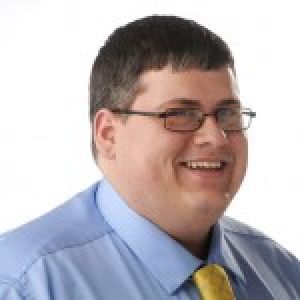 Minshew’s contribution to the news team was the online content during the unraveling events in Aurora when James Holmes entered a movie theater, shot and killed 12 people and injured 70 people.

The Denver Post team won in the category of “Breaking New Reporting,” using journalistic tools such as Twitter and Facebook to upload written reports, photos and videos, to give details of the story and to provide context, according to a news release.

“A lot of people worked their entire lives in journalism and are not part of a Pulitzer team. I am really honored to have been a part of an amazing team that really came together in the midst of tragedy,” Minshew said.

Minshew worked alongside Ben Schneider, a web producer at The Denver Post, in creating a timeline of the events and the investigation that took place after the theater shooting.

“On this timeline we put the stories, the latest updates to twitter and photos to give people context about the story and to provide a breakdown, almost in some cases, minute-by-minute of the development after the theater shooting,” Minshew said.

“We were really conscious of what families wanted. The timeline is still up today, so people can go to it and see that all of the information is there,” Minshew said.

“We spent every day making sure that our community was well informed about the theater shooting. That summer showed me what teamwork was all about. Everyone gave it their all,” Minshew said in a news release.

“His dedication to his craft and willingness to take risks and experiment with new storytelling techniques and delivery methods is unequaled and something I very much admire,” professor Amy Simmons, Minshew’s mentor at Missouri, said in a news release.

When hearing about his recognition, the news brought up many memories.

“For me it was actually a bittersweet feeling. I was honored that our team was recognized for the coverage we did on July twentieth, but it brought back a lot of memories of how terrible a July twentieth was to everyone in Aurora, in Denver and Colorado. It was a really tough day to be a journalist,” Minshew said.

Minshew is a former Editor-in-Chief at The George-Anne and started working with Student Media his freshman year.

Minshew is currently enrolled in the Convergence Journalism Master’s program at the Missouri School of Journalism and will graduate in May, after graduating from GSU with a bachelor’s degree in political science.

The recognition from the award that Minshew received could have an impact on his career down the road.

“I have no idea how it will impact my career. At this time, I really haven’t thought about it that much. I guess I will have to wait and see,” Minshew said.

Minshew said, “My view of journalism has changed a lot since I left Georgia Southern. A lot of it has been a shift towards digital journalism, and that is really where I think I would like my career to head.”