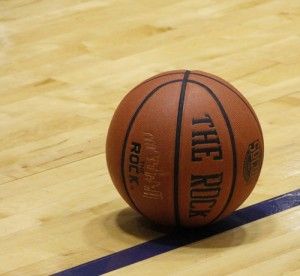 Peele has experience in Division I basketball as a head coach. He previously spent four seasons as head coach for University of North Carolina at Greensboro between 1995-1999, taking UNCG to the NCAA Tournament in his first season. He also spent five seasons at Winthrop University as a head coach from 2007-2012, while appearing in a pair of NCAA tournaments.

“I am very fortunate to have Randy Peele on my coaching staff. He has had a lot of success throughout his career including three trips to the NCAA Tournament as a head coach. He excels in coaching the fundamentals, recruiting and skill development, so I will lean on his knowledge and experience as we build our program,” Byington said in a news release.

“I have known Larry Dixon for many years and have always had great respect for his work ethic, his enthusiasm and his determination to help the team succeed. When Larry was at Winthrop, I was involved in a lot of recruiting battles with him and have seen first-hand how good he is at recruiting. He will be great for developing our players and helping them maximize their potential,” Byington said in a news release.

Wilson was an assistant at Binghamton University and the College of Charleston. In his six seasons at CofC, he coached with new GSU head coach Byington, and they helped CofC to average 22 wins per season.

Slay joins the Eagles’ staff after coaching last season at Hargrave Military Academy in Virginia. Prior to that, he spent the previous four seasons as an assistant at West Virginia State University, winning two West Virginia Intercollegiate Athletic Conference Championships.