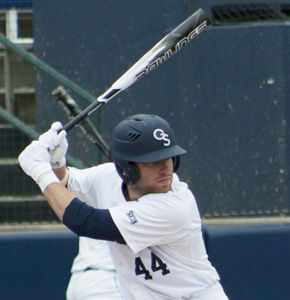 Sophomore pitcher Sam Howard (5-3) gave up seven runs in four innings and picked up the loss.

The Mountaineers tallied 15 hits off GSU’s rotation with four of those hits coming from Jaylin Davis, who also added three RBIs and the runs.

Four of the Eagles’ runs came in the third inning where GSU took a 4-2 lead. Strong pitching from the Mountaineers held the Eagles to one run through the final six innings.

In the fifth inning the Mountaineers exploded for three runs and never looked back as they took the first game of the series from the Eagles.

GSU has a chance to even the series tomorrow at 3 p.m.