SGA election results are in 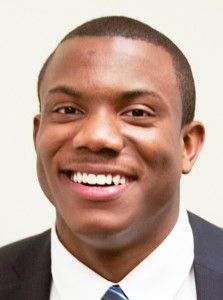 Green is a higher education administration first-year graduate student. This will be his second year in a row serving on the executive board. He currently serves as Vice President of Auxiliary Affairs.

Green hopes to focus on serving the students by increasing the education on what SGA can do.

“I think that this year we’ve done a good job at getting out and educating people on what all SGA has done, but I think we can do even better,” Green said.

Ashley hopes to work not only with GSU students, but the community of Statesboro as well.

“Outreach is important because we affect our community. We’ve been starting to work with city council to have a senator attend those meetings and we’re looking to implement that in the fall,” Ashley said.

Ellen Hogan has been elected Executive Vice President of Finance.

Hogan is a sophomore logistics major who has served in SGA for two years. This will be her first executive board position.

Hogan’s main focus will be on creating guidelines for fund requests so that students and organizations have a better idea of what SGA funds can be used for.

“Guidelines will be my first implement. There are some things that we fund and something’s that we don’t fund, and students need to know that,” Hogan said.

Francis is a senior mechanical engineering major who has served in SGA for two years as a senator. This will be her first executive board position.

Francis plans on helping students by working on scheduling to avoid ‘Hell Week,’ focus on the creation of a Second Year Experience Program and improving advising for all disciplines.

“I want to continue the great work Chad Harmon has started. We’ve done so much already as SGA, so all we need to keep doing is continue forward,” Francis said.

Keeping a close relationship with administration members would be vital to being successful, Francis said.

“I want to continue the meetings with the Provost, college chairs and deans and others. Communication is the only means to achievement,” Francis said.

Glover is a junior psychology major who has served in SGA for the past two years as a senator. This will be his first executive board position.

Glover plans on focusing his attention to educating students on the many different facets of auxiliary affairs.

“I just want to educate the students more about what my position is and what I’m here to do. There’s certain things that (SGA) doesn’t have power over so I want to make sure students are more educated about what’s going on,” Glover said.

As part of his focus on education, Glover will ensure that students know him as a person, not just a position.

Glover said, “I am here to serve the students so please don’t hesitate to contact me. I don’t want students to feel like I’m some anonymous face or just a position.”

College of Science and Mathematics- 1562